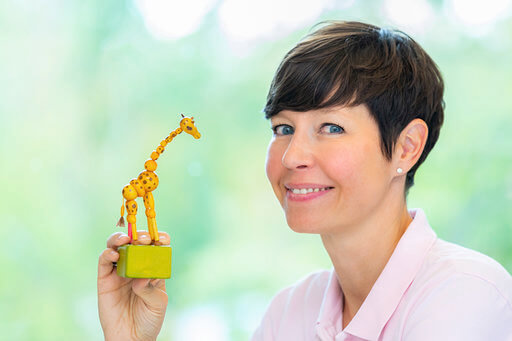 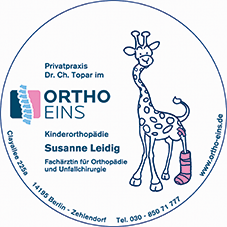 The orthopedic career of Susanne Leidig began in 2000 at the Oskar-Helene-Heim, where the praxis of ORTHO EINS is located today. During the last 12 years, she has been working at the clinic of Emil von Behring, since 2009 in the department of pediatric orthopedics under the direction of professor Dr Mellerowicz.
In addition to general orthopedics, her focus is on pediatric orthopedics. She finds great joy in taking care of small (and large) patients from infants to teenagers. The spectrum includes the treatment of all pediatric orthopedic diseases, e.g. Scoliosis, posture disorder, foot malposition, hip dysplasia, phantom hip disease, X- or O-legs as well as the therapy of childish fractures and sports injuries.
Besides treating little ones, Susanne Leidig offers her medical expertise also to adult patients. As an experienced orthopedic specialist she has the whole range of conservative orthopedic therapies including manual medicine and acupuncture at her disposal.